Many of my LDS friends and acquaintances are familiar and well-read in both their own and other faith traditions. They are aware of the problematic aspects of LDS history and some even acknowledge problems in LDS theology that lead them to question and struggle with their faith; however they persevere and choose to remain faithful in spite of these struggles. One reason that has been given for this continued commitment is the unique truths that the LDS Church has revealed and/ or preserved. There are certainly things unique to the LDS tradition, and the specific amalgamation of beliefs is certainly unmatched, but taken individually many of these supposed truths are seen to be more of a polemical misunderstanding or can be found in other faith movments and traditions that predate the foundation (or restoration if you believe the claims of Joseph Smith Jr.) of the LDS faith. In this post I will look at just a few examples: Eternal Marriage, Eternal Families, continuing revelation, and Baptism for the Dead.

Note: I acknowledge the reality that the similarities between the LDS faith and other faith traditions by no means disproves the faith, and are even to be expected if it truly is a restoration of an ancient form of Christianity. My goal in this post is not to disprove the LDS faith, but to reveal similarities between LDS beliefs and the beliefs of other faiths of which people may be unaware.

Eternal Marriage
I think it first important to note that the use of eternal in this phrase is dissimilar from the way in which eternal is used elsewhere. When Mormons speak of Eternal Marriage they do not mean timeless, having always existed as many Christians and other theists often mean when they use the term, but rather everlasting. Thus Eternal Marriage might be better communicated as everlasting marriage, since the classical theist might otherwise think Mormons believe they have always been married to their spouse.

﻿ Swedenborgians, also known as the New Church, is a Christian movement shaped by the writings of the 17th century theologian Emmanuel Swedenborg. In his work The Delights of Wisdom Pertaining to Marriage Love, Swedenborg states "Marriage that is truly spiritual lasts forever, even in heaven after death. There, the two remain male and female as to form, and become one angel as to their soul. As a couple they live a life of useful service in the Lord's Heavenly Kingdom, which is perfected to eternity. If a person dies unmarried he or she will find a spouse in heaven." While this statement highlights some differences between the LDS and Swedenborgian concept of heavenly marriage, it also highlights striking similarities, such as the idea that those who do not marry on earth will marry in heaven. 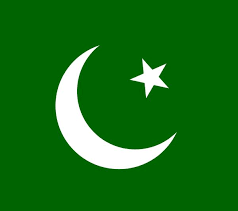 A major part of the Islamic view of heaven is the idea that one will experience both spiritual and physical pleasures in their heavenly bliss, marriage being included among these pleasures. The website Questions on Islam has the following to say:

"Eating, drinking and marrying are regarded among the highest bounties of Paradise. According to the statements of the Quran and hadiths, the family life that is established in the world will continue forever if both spouses deserve to go to Paradise; their marital relations will go on endlessly..."

The Christian belief in temporal marriage, and how it is often misunderstood by Mormons

The popular position pertaining to marriage, being that marriage ceases at death, stems from Matthew 22:30, where Christ states "For in the resurrection they shall neither marry nor be married; but shall be as the angels of God in heaven." Because of the unique way in which Mormons are conditioned to view marriage, the idea of marriage ending is a horrible thought. I wager that this is so because Mormons equate marriage ending with two individuals being separated from one another. By better understanding the traditional Christian understanding of marriage, one discovers that the relationship between a husband and wife in this life does not end at death, but is instead transformed. This is because of what sort of thing the marital union is, according to the Christian.

In the Christian worldview, marriage carries with it several purposes. It is a monasticism of sorts wherein the individual is able to learn to better love and serve another, overcoming the vice of self-centeredness and allowing one to grow closer to God. Marriage also acts as a conduit for the creative powers that allow for the nurturing of new souls that can come to know God and eventually live in his presence. Thus the purpose of marriage, and thus the kind of thing marriage is, is to unify one's self to another individual in a way that distinct from other relationships one may have and provide a nurturing environment for any children that may result from this union. In light of this definition one can see reason Christians don't believe in marriage in heaven- it isn't needed. Unity will have been achieved and procreation will no longer be necessary. This does not mean that one will no longer know and love their former spouse. They may even spend time together, walking around heaven hand in hand. Who knows? It just means their union will no longer meet all the requirements for what a marriage is, and thus will not be a marriage in this sense.

Much of what has been said above regarding Eternal Marriage can be applied to the idea of eternal families. It is not that Christians and other non-Mormon faiths deny that we will be together in heaven; instead it is that they understand the nature of these families differently. Mormons believe that, in order for the family bond to be preserved in the hereafter, a special rite called "sealing" must be carried out. Traditional Christians and individuals of other faith traditions believe that no such rite is necessary. If you make it to heaven you are automatically integrated into one big happy family consisting not only of the family members you had on earth, but everyone else in heaven as well.

For further reading on this subject, my friend at "Saints and Saints" has written a post titled Top 11 Things Every Mormon Should Know About Eastern Orthodoxy in which he addresses this subject.

Baptism for the Dead 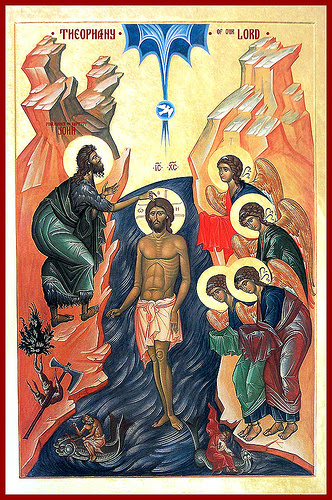 The reasoning behind this practice is pretty straight-forward. Christ and his disciples teach that one must be baptized to enter into the Kingdom of Heaven. Since baptism, from the earliest days of the Christian movement, has been done by water, many Christian faiths have continued this practice. Where the LDS faith is unique among modern Christian faiths is their practice of baptizing on behalf of the deceased.

Christ's very words explicitly command baptism: "Very truly I tell you, no one can enter the kingdom of God unless they are born of water and the Spirit." (John 3:5, NIV) Either salvation is limited to the relatively few humans who have been baptized by water during their mortal existence, Christ's words here are not to be taken literally, or there must be a means by which those who have died may be baptized. Many Christians, uncomfortable with the idea that salvation should be a lottery of sorts, or completely predestined against our will, have rejected the first view. They may say that only those who know they ought to be baptized must be baptized. Others argue that there is more than one way to be baptized. Some are baptized by water while others experience a spiritual baptism in the life to come. Regardless of which idea they choose, it seems difficult to get around Christ's own words.

The LDS faith believes they have solved this problem through the practice of Baptisms for the Deam, a ritual in which a living person is baptized in the name of a deceased individual. Other faiths, including early fringe Christian sects, the New Apostolic Church, Old Apostolic Church, and the non-Christian Mandaeans in Iraq also have a similar practice. On one level this ritual makes a great deal of sense, especially in light of Christ's statement; however there remain two problems. First, only those for whom the LDS church has genealogical records may have this baptism-by-proxy done in their name. This means that the vast number of individuals who have and will come into the world that evade the LDS radar are still out of luck. Second, when a person is baptized, it is their whole person, body and spirit, that is being immersed. It seems that in order for a baptism-by-proxy to be efficacious, the spirit of the deceased individual would have to somehow become the person being baptized, which I believe the LDS faith rejects.

In 7,000 years of recorded human history various religious and spiritual ideologies have arisen. It is no surprise, then, that the LDS faith is found to be less unique in some respects than many Mormons believe. That being said, it remains unique in its combination of beliefs.
Posted by Seraphim at 2:59 PM